Since the very beginning, SEISA Group has been encouraging international understanding education through overseas school trips, study abroad, and homestay programs. In 2010, we have established the Foundation for Global Children to promote support for the children all over the world.

In Japan, since the Great East Japan Earthquake, weʼ ve been providing continuous support to the local communities. Our overseas activities are done mainly in the Asian-African region. We help set up medical and educational environments for the children to care for their physical and mental health. In addition, we support childrenʼs healthy development through sports. (Foundation for Global Children was recognized as a “Public Interest Incorporated Foundation” on May 12, 2015) 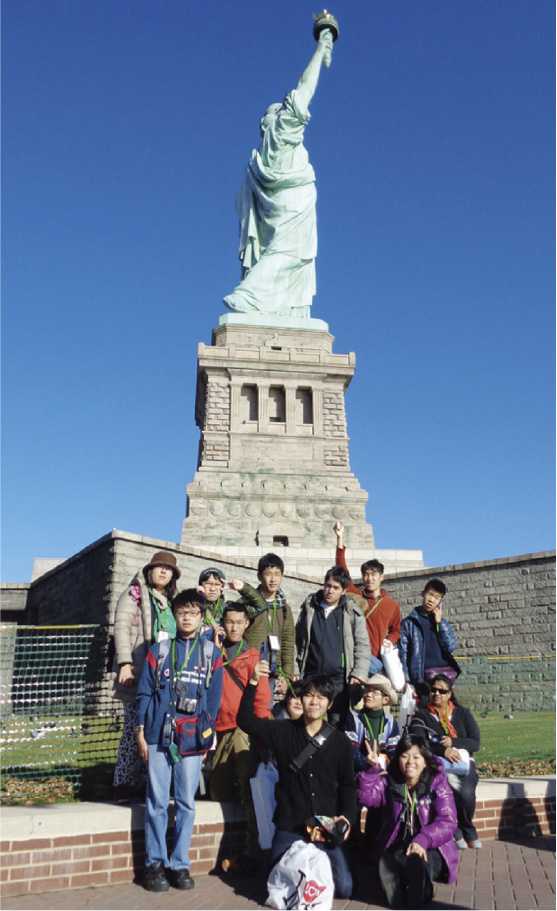 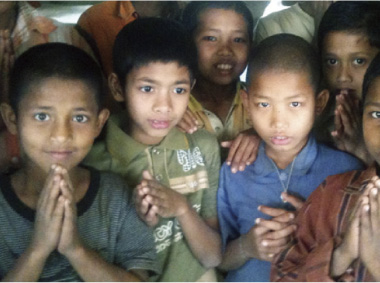 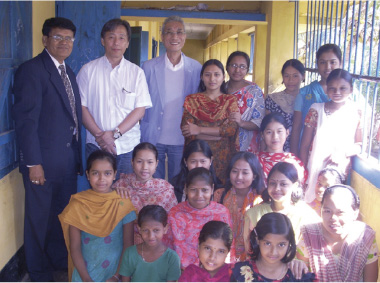 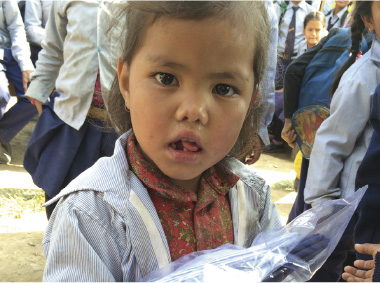 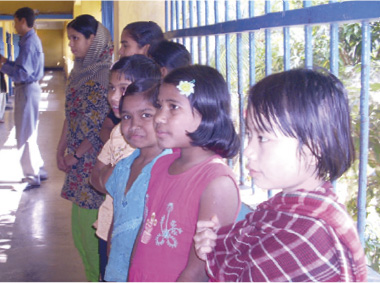 ●Reorganization of the state-run broadcasting station in 1990
●Support for the Agrasara-complex (orphanage, school, etc) by setting up a garment factory with Yabe Pro-Cutting Co Ltd, Japan for economical support and vocational training

●Memorandum of Understanding with Royal Thimphu College to develop and exchange programs.
●Support for the preparation to participate in the 2020 Tokyo Olympic / Paralympic
Games (including the establishment of Bhutanese Paralympic Committee).
●Supports in various fields such as medical care and agriculture.

●Memorandum of Understanding with national and private universities to build up links, especially to explore ways to care for the elderly

●Memorandum of Understanding with universities to develop exchange and collaboration programs
●Cooperation especially to explore ways to care for the elderly and to nurture children, including teacher training

●Donation of ambulances to improve medical environments and support to school health programs.
●Short term Japan study programs for high school and college students.
●Support to orphanage and educational institute in Nay Pyi Taw
●Support for the preparation to participate in the 2020 Tokyo Olympic and Paralympic Games.

●Organizing emergency donations rights after the Great Earthquake in April of 2015.
●Sent urgent supplies through their local NGO and donated school uniforms for about 625 children.

●MoU between Bhutanʼ s ﬁrst private college, RTC (Royal Thimphu College) and SEISA University. Conduct students exchange programs.
●Invite high school students to Japanese high schools (mainly to SEISA) through Ashi Kesang-Miyazawa SEISA Scholarship.
●Provide supplies to set up medical and educational environments at the mountain districts.
●Support the Medical College Project ran by the government by helping out on their planning, fundraising and such (ODA from Japan).
●MoU of “Bhutan-Japan Sports Collaboration 2016-2020” with Bhutan Olympic Committee. It is intended to support the preparation and participation of Bhutanese athletes and coaches for the Tokyo 2020 Olympic and Paralympic Games. Furthermore, the partnership will continue beyond the Olympics with a focus on the development o Bhutanese athletes and coaches in various sporting disciplines.
●In April 2017, Bhutan signed an agreement for 2020 Pre-Games Training Camps with Kanagawa Prefecture, Odawara City, Hakone Town, Oiso Town and SEISA Group / FGC. Continuous support toward Bhutanese sports, such as sending coaches to Bhutan and inviting athletes to Japan.
●Scholarship program to accept Bhutanese student-athletes in SEISA Schools' Track & Field and Archery Course. Currently, there are 5 high school and university students in Track and Field, Archery and Judo.
●Support the establishment of Bhutan Paralympic Committee and focus on development of para-athlete. In 2019, two of shot-put para-athletes have achieved the participation standard record of 2020 Paralympic Games.
●In 2019, Mr. Yasuo Miyazawa was appointed as Honorary Advisor to HRH JIgyel Ugyen Wangchuck, President of BOC.
●In August 2019, Bhutanese judo athletes participated for the first time in three categories of in World Judo Championships, which was held in Tokyo
●In November 2019, a Bhutanese archer, who has been continuously supported by SEISA / FGC, qualified for Tokyo 2020 Olympic Games based on her athletic perfoamance, for the first time in Bhutanese history.
●In December 2019, Bhutan sent its biggest national team to the 13th South Asian Games held in Nepal. 145 Bhutanese athletes competed in 14 events. Archery team, both as individual and as team, won silver and bronze medals. For Judo, Tandin (73kg class) and Kinley (66kg class), who are the scholarship students to SEISA Dohto University, won bronze medals.
●In August 2020, “the First Bhutan (BAF) & Japan (SEISA) Friendship Virtual Archery Tournament”Was held to seek a new style of tournament under the situation with Covid-19. 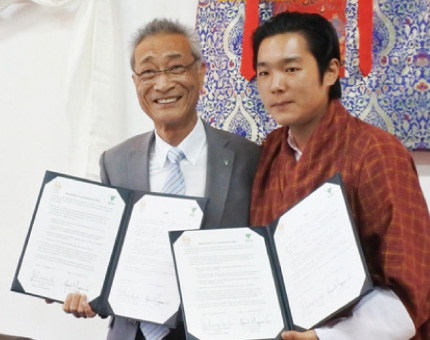 At MoU signing ceremony with HRH Prince Jigyel Ugyen Wang chuck, Representative of His Majesty and president of BOC

●MoU was signed with the Eritrean National Olympic Committee in September 2014 regarding Sports Collaboration. It is intended to prepare programs and projects focusing on the Tokyo 2020 Olympic and Paralympics participation of Eritrean athletes.
●The above partnership will continue beyond the 2020 Olympics and will contribute to the sports development as well as the healthy development of youth in Eritrea. Eritrean athletes will be invited to Japan to participate in training and tournaments. They will also interact with the students in Japan to promote cultural exchange.
●In September 2015, Eritrea signed agreement for 2020 Pre-Games Training Camps with Kanagawa Prefecture, Odawara City, Hakone Town, Oiso Town, and SEISA Group / FGC. Scholarship program to accept Eritrean student-athletes in SEISA Schools' Track & Field Course.
●In May 2017, Mr. Miyazawa visited Asmara for Eritrea's Independence Week. SEISA Group's Japanese Drum Team, Dako-On accompanied and held concerts to introduce Japanese culture.
●Established a collaboration project with UNICEF Eritrea due to promote community development through supports to early childhood education, water supply and hygienic environment. 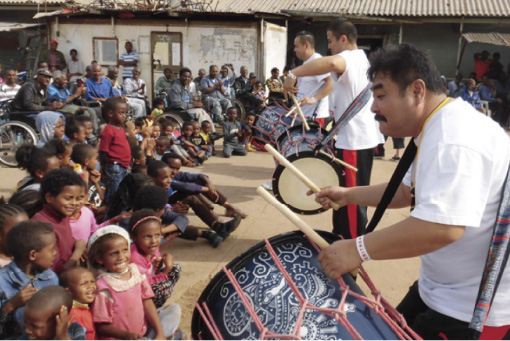 Performance of Dako-On in Asmara, Capital City of Eritrea 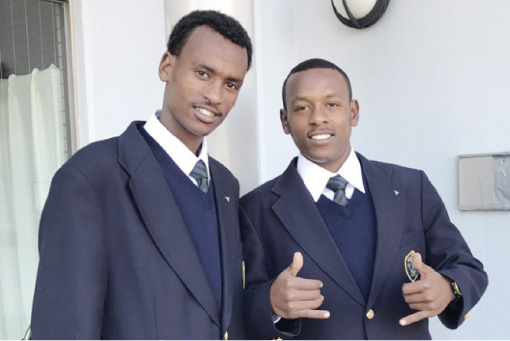 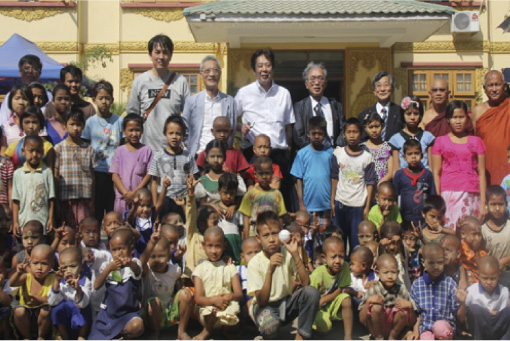 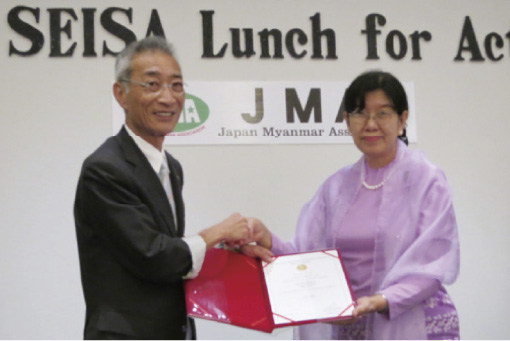 With children living at orphanage in Nay Pyi Taw